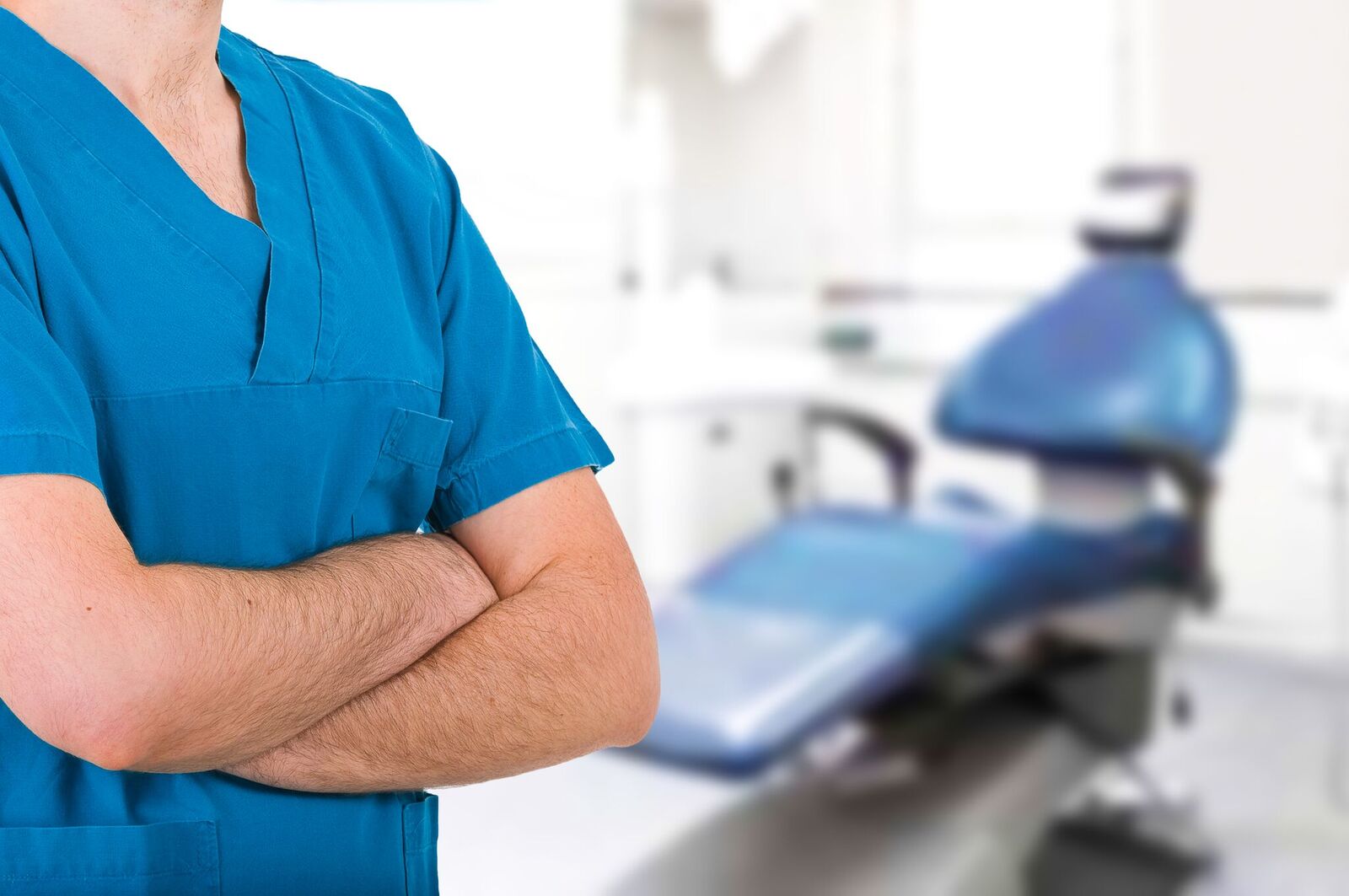 These Are The Top Sports That Often Require an Emergency Dentist

Sports are popular pastimes, both in terms of playing and watching. People who engage in these activities normally do so without sustaining damage to the teeth. Even so, there is the possibility of being injured and needing some type of Toronto emergency dentistry in Markham. Here are some examples of popular sports that do have at least some potential for damaging the teeth.

People normally associate damage on a soccer filed with the legs or the feet. That’s because the two teams of 11 players must kick or move the ball around in order to score. Unfortunately, all this activity involves blocking on the part of the defense, which in turn means it’s possible to hit the ground and end up damaging the mouth.

The goalkeepers are also at an increased risk of sustaining some type of damage to the teeth. Unlike the rest of the participants, goalkeepers can use their hands and arms. That does mean possibly making a move that ends up with a blow to the mouth.

Whenever any player or goalkeeper sustains a broken or chipped tooth, emergency dentistry becomes a necessity. Fortunately, emergency dentists can take care of whatever damage is done and put the player on the road to recovery.

It’s true that the two teams of six players wear a reasonable amount of protective gear. Even so, moving rapidly around an ice rink while trying to attempting to drive a puck into the goal with a hockey stick can easily create situations where teeth end up damaged. All it takes is one false move to end up on prone on the ice or a wild swing to accidentally strike another player in the mouth. At that point, it’s time to call for an emergency dental appointment.

The good news is that emergency dentistry can correct whatever damage was done. Depending on the severity of the injury, the player may be able to participate again next week. At other times, it could take longer for the injury to heal. Fortunately, damage to the teeth is usually not something that will keep the player from the rink for the remainder of the season.

While the origin of baseball is usually attributed to a United States citizen, there’s evidence that the first modern baseball game took place in Canada one year before the sport made a debut in the US. To this day, baseball remains a popular sport in Canada. It also happens to be one of the sports with the most potential for damaging the teeth.

Catchers do tend to wear protective masks, but that’s not true of players who cover other positions. From batters to those in the outfield and at each base, it’s easy enough to misjudge the trajectory of the ball and end up having it hit squarely in the face. There is sometimes a little danger of being a little too close when the batter releases the bat after making a connection with the ball. The result can be a direct hit that leaves teeth loose, cracked, broken, or even knocked out completely.

As with other types of baseball injuries, there are medical professionals who can provide immediate aid. One of the local emergency dentists can quickly assess the injury, take steps to minimize swelling, and begin the procedures needed to restore the mouth. In many cases, the dental professional can provide some quick suggestions like applying ice while the injured party is being transported to the emergency dental appointment.

Canadian James Naismith is the creator of the modern game of basketball. First launched in 1891, the sport remains a favourite in many parts of the country. As with some of the other popular sports, there is not a lot of protective gear worn by the players. Since basketball involves a great deal of movement up and down a court, and it’s possible to use the arms, legs, and body to block shots or move a play back and forth, the potential for damaging the teeth is very real.

The force that is behind a basketball is greater than most people realize. It may not travel at the same speed as a basketball, but it’s possible to cause an injury to the mouth. Add in the possibility of falling on the hard surface of the court and you can see how easy it would be to damage one or more teeth.

When an injury takes place, seeking emergency dentistry is essential. Doing so makes it possible to prevent infection that could create additional problems. It’s also important to see one of the emergency dentists around town quickly if a tooth is loose. Getting it settled back into the socket as quickly as possible reduces the potential for losing the tooth.

Rugby is among the more popular summer sports in many parts of Canada. A team sport that involves kicking, carrying, or passing an oval shaped ball among the team players while attempting to score and prevent the other team from taking possession, there’s a lot of contact in this particular sport. The potential for sustaining a hit to the mouth while blocking, tossing or carrying the ball is significant. Along with other types of bodily injuries, the need for emergency dentistry may arise in spite of the fact that the players do wear mouth guards.

Direct hits can lead to injuries that require immediate attention. Calling ahead will ensure the emergency dental appointment is set for the earliest possible time. Doing so helps to minimize the potential for additional damage due to swelling, infection, and other problems associated with tooth damage.

Lacrosse is considered one of the most popular sports in Canada. In fact, some would say it’s the single most popular sport. The ball is caught, thrown, and carried with the aid of a Lacrosse stick. With all this activity, it’s no wonder that injuries occur from time to time. While the players do wear protective gear, including headgear, there’s still the potential for damage to the teeth.

Most emergency dentists who are familiar with sports injuries will know how to ease the pain, contain swelling, and take whatever steps are necessary to repair the damage sustained by a direct hit.

Remember that while sports are a lot of fun, there is some risk. The right gear paired with obeying the rules does help minimize the risk up to a point. If a player is injured, calling for an emergency dental appointment immediately is one of the best moves anyone can make. With the right care, the player ultimately experiences less discomfort and is likely to completely recover. 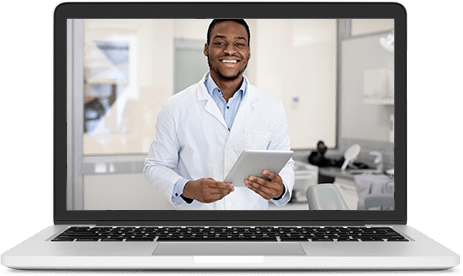 Everyone here is very friendly and provides excellent care. I received a full exam on my first visit, and everyone took time to answer my questions and ensured I felt comfortable the entire time - exactly what you want when visiting the dentist. I highly recommend Markham Smile Centre for anyone looking for great dental care.

There is an ample parking space before you get into the office. The receptionists welcome us friendly with proper COVID-19 procedures in place. The staff worked with patient very patiently and professionally. My teeth cleaning was done by Ying, she explained every detail to me and I did not feel any pain or uncomfortable at all. Thanks to the best team !

It's been a while since I've been to a dentist but I'm trying to get back on track with health in general. Overall it was great going to Markham Smile Centre! The receptionist (I believe she was Kim) was friendly. The hygienist, Ying, was attentive and gentle during the cleaning; x-ray tech (forgot her name, sorry!) was great too. Dr. Sara Riad explained things with good detail. Looking forward to going back!

I was someone who was nervous and anxious about visiting the dentist, but the team at Markham Smile Centre has made me feel SO comfortable. Kim is so patient and helpful and Dr. Hwang and Rory are both so professional and wonderful. They thoroughly explain the procedure to make you comfortable beforehand and are very gentle. I now look forward to visiting the dentist!

I found this place on a whim when I was looking for a new dentist in Markham. My hygienist ying was super nice and her cleaning was very gentle yet thorough. I saw Dr.Jason and he was very nice and informative in regards to what needs to be done and provided me with all the information I needed to make a choice. Would recommend this place to anyone looking for a new dentist, they’re accepting new patients!!

I have been to many dentists in my life, Dr. Jason is easily the best dentist I have ever been too. He does everything he can to make you comfortable no matter the procedure and is a true professional, as does all the staff at Markham Smile Centre. Truly an amazing dentistry

The clinic was clean and the staff was very polite. I particularly liked the fact that everything was explained to me before going in for the procedure so I knew what to expect at each step. The dental hygienist who did the cleaning for me was also very gentle and took my concerns into consideration. I will definitely recommend them.

Upon arriving to the Markham Smile Centre, my son and I were greeted with a warm welcome by the receptionists. The hygienists and Dentist were very gentle and transparent with what they were doing. The hygienist that worked on my 9 year old son was patient and very friendly with him, which helped ease his nerves. Our overall experience was A+.

Since I was little, I have always hated going to the dentist... Its always uncomfortable and unpleasant. These days, visiting the dentist isn’t so bad! Dr Jason, Rory, and the lovely staff at reception make the experience 100x better. I have had absolutely no issues with the gum graft and cleanings that I’ve gotten done here. Everyone is incredibly friendly and helpful, even when I’m calling in or emailing a hundred questions :). I would highly recommend Markham Smile Centre.

Love this place! All the staffs are friendly and Professional and I mean all, cause I've been to most of their office, Markham , Stouffville, North York, and Maple. Dr. Ko is very professional and patient. Whenever I have questions and concerns he would always reply me . I would say this this dental office take care of you all the way. I would highly recommend everyone to come here for any dental works. =)

We will reserve a time for you with one of our expert treatment coordinators. They will be happy to discuss treatment possibilities, dental procedures, and financing options as well as address any other questions or concerns you may have.

We believe in your SMILE.